The only responsible way to manage schizophrenia, most psychiatrists have long insisted, is to treat its symptoms when they first surface with antipsychotic drugs, which help dissolve hallucinations and quiet imaginary voices.

Delaying treatment, some researchers say, may damage the brain.

But a report appearing next month in one of the field’s premier journals suggests that when some people first develop psychosis they can function without medication — or with far less than is typically prescribed — as well as they can with the drugs. And the long-term advantage of treating first psychotic episodes with antipsychotics, the report found, was not clear.

The analysis, based on a review of six studies carried out from 1959 to 2003, exposes deep divisions in the field that are rarely discussed in public.

In the last two decades, psychiatrists have been treating people with antipsychotic drugs earlier and more aggressively than ever before, even testing the medications to prevent psychosis in high-risk adolescents.

The studies demonstrate that the drugs are the most effective way to stabilize people suffering a psychosis. Millions of people rely on them, and the new report is not likely to alter the way psychiatrists practice anytime soon.

But some doctors suspect that the wholesale push to early drug treatment has gone overboard and may be harming patients who could manage with significantly less medication, perhaps because they have mild forms of the disorder.

About three million Americans suffer from schizophrenia, and a vast majority of them take antipsychotic drugs continually or periodically.

“My personal view is that the pendulum has swung too far, and there’s this knee-jerk reaction out there that says that any period off medication, even for research, is on the face of it unethical,” said Dr. William Carpenter, director of the University of Maryland’s Psychiatric Research Center and the editor of the journal Schizophrenia Bulletin, which will publish the article on April 1, along with several invited commentaries.

Dr. Carpenter said that while antipsychotics are central to treatment in most cases the field’s aggressive use of the drugs leaves “little maneuvering room” to try different options, like drug-free periods under close observation after a person’s first episode of psychosis. “It’s a very controversial issue, and I thought it was important to get it out there,” he said.

Other experts warned that the new report’s conclusions were dangerous, and represented only one interpretation of the evidence.

“I am usually a pretty moderate person,” said Dr. Jeffrey Lieberman, chairman of psychiatry at Columbia University Medical Center and director of the New York State Psychiatric Institute. “But on this I am 110 percent emphatic: If the diagnosis is clear, not treating with medication is a huge mistake that risks the person’s best chance at recovery. It’s just flat-out nuts.”

In the report, John Bola, an assistant professor of social work at the University of Southern California, reviewed six long-term studies involving 623 people who had symptoms of psychosis.

All of these men and women entered the studies soon after their psychosis was diagnosed, after a first or second break from reality.

In the studies, roughly half of the patients were promptly treated with antipsychotic drugs while the other half went without the medication for periods ranging from three weeks to more than six months.

Those who functioned well without medication remained drug free in several of the studies. Those who relapsed received drug treatment.

Two studies found that after a year or more the patients on a full course of medication performed better on measures of social interaction, work success and the risk of rehospitalization than those who were initially drug-free.

The other four studies found the opposite: that the less-medicated group did slightly better. Over all, the findings of the studies were a wash, showing no significant advantage for either group.

The patients on full medication were taking older antipsychotics, like Haldol; similar studies have not been carried out with newer drugs, like Risperdal.

“The most striking observation in this review,” Dr. Bola wrote in the paper, “is the dearth of evidence that addresses the long-term effects of initial treatment.”

Previous reviews concluding that drugs provided significant benefits included many studies that did not have a comparison group of people who were not on medication, he found.

“My hypothesis is that there is a subgroup of patients who are drug-free responders, probably because they have a mild form the disorder,” Dr. Bola, who has argued against aggressive drug treatment in the past, said in an interview. “I think the implications of this are that we need to be additionally careful about medicating people after their first psychotic episode if there’s reason to think they could” function without medication.

Studies suggest that 10 percent to 40 percent of people with symptoms of psychosis can manage without medication. But there is no test to identify these people, and psychiatrists say that withholding drugs after a full-blown psychotic episode is highly risky. Psychotic episodes tend to become worse over time when untreated, they say, and the effect of the experience on the brain is still unknown.

“The psychotic state is a crisis, an emergency; people do irrational things, dangerous things, and the initial treatment has to be with what works best — medication — along with an attempt to get them into a talking relationship,” said Dr. Thomas McGlashan, a professor of psychiatry at Yale.

The issue is most important to patients and their families. First episodes of psychosis, which often strike in high school or college, can derail young people at a crucial point in their lives and even lead to suicide. John Caswell, 50, a writer and an artist living in Lebanon, N.H., said he tried to kill himself twice after going off medication.

“Once I was driving around and having hallucinations, listening to a gospel station, and I had this strong feeling that I should die and would wake up after that and start life anew,” he said in an interview. He purposely drove his car off the road and into a guardrail, he said.

Since then, Mr. Caswell has managed his symptoms with Risperdal, an antipsychotic he takes daily. He says he relies on the drug, “like a diabetic needs insulin.”

Yet a large, study in 2005 comparing the schizophrenia drugs found that over 18 months, about three-quarters of people stopped taking the medications they were on because they were dissatisfied.

The drugs have significant side effects: older medications can induce Parkinson’s disease-like tremors and the movement disorder known as tardive dyskinesia; some of the newer drugs also induce weight gain and increase the risk of diabetes; and in elderly people, both classes of drugs have been linked to higher rates of premature death.

Antipsychotic medication also induces significant changes in brain function that are not well understood. The drugs numb brain cell receptors to the activity of dopamine, a neural messenger that appears to circulate at high levels when people are in the grip of psychosis.

Ever adaptable, the body responds by manufacturing more dopamine receptors, which could make the brain more sensitive to future dopamine onslaughts that are untreated, experts say.

“Medication can be lifesaving in a crisis, but it may render the patient more psychosis-prone should it be stopped and more deficit-ridden should it be maintained,” Dr. McGlashan of Yale wrote in a commentary that accompanied Dr. Bola’s report.

For these reasons, many former psychiatric patients have challenged the wisdom of treating psychosis aggressively and early, especially for high-risk patients who have not yet shown full-blown psychotic symptoms.

“If I had stayed on medication, I don’t think there’s any way my life would be as together as it is now,” said Will Hall, 40, a mental health advocate in Northampton, Mass., who was hospitalized 14 years ago and put on antipsychotics for about four months after a suicide attempt.

Mr. Hall said that he still heard voices, machine sounds and imaginary conversations but that the hallucinations had become less threatening over time.

“I am very careful about the early warning signs, the noises, the sounds, and I make sure to talk to people and resist the urge to isolate myself,” he said in a telephone interview. “People can learn tricks, ways of dealing with symptoms so they don’t get overwhelmed.”

Several programs have helped people manage psychotic symptoms with minimal use of medication. In one, researchers in Finland found that intensive family therapy helped more than 40 percent of patients with early symptoms of psychosis recover significantly without antipsychotics — and they have remained off the drugs, for more than two years.

Another program, in Sweden, also has found that many people do well when treated with low doses of antipsychotic medications, or none at all, after their first psychotic break.

But both countries have health care systems in which psychotherapy and in-hospital care are readily accessible. In the United States, psychiatrists say, taking patients off medication would leave them vulnerable to life-altering relapses without sufficient support. Only in research settings, with carefully informed consent, are doctors likely to allow people suffering from a first psychosis to go drug free, they say.

“My bottom line is that this is a very challenging illness, every patient is different, and we need more research to inform decisions about how to individualize care,” said Dr. John Kane, chairman of the psychiatry department at Zucker Hillside Hospital in Glen Oaks, N.Y.

With certain patients, he added, “We have to be very careful about making blanket statements about which treatment is best.” 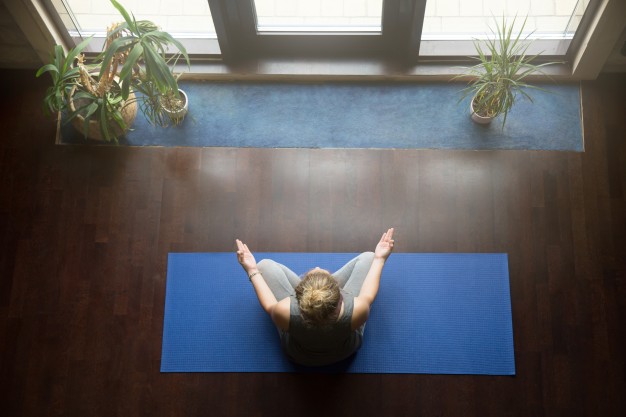